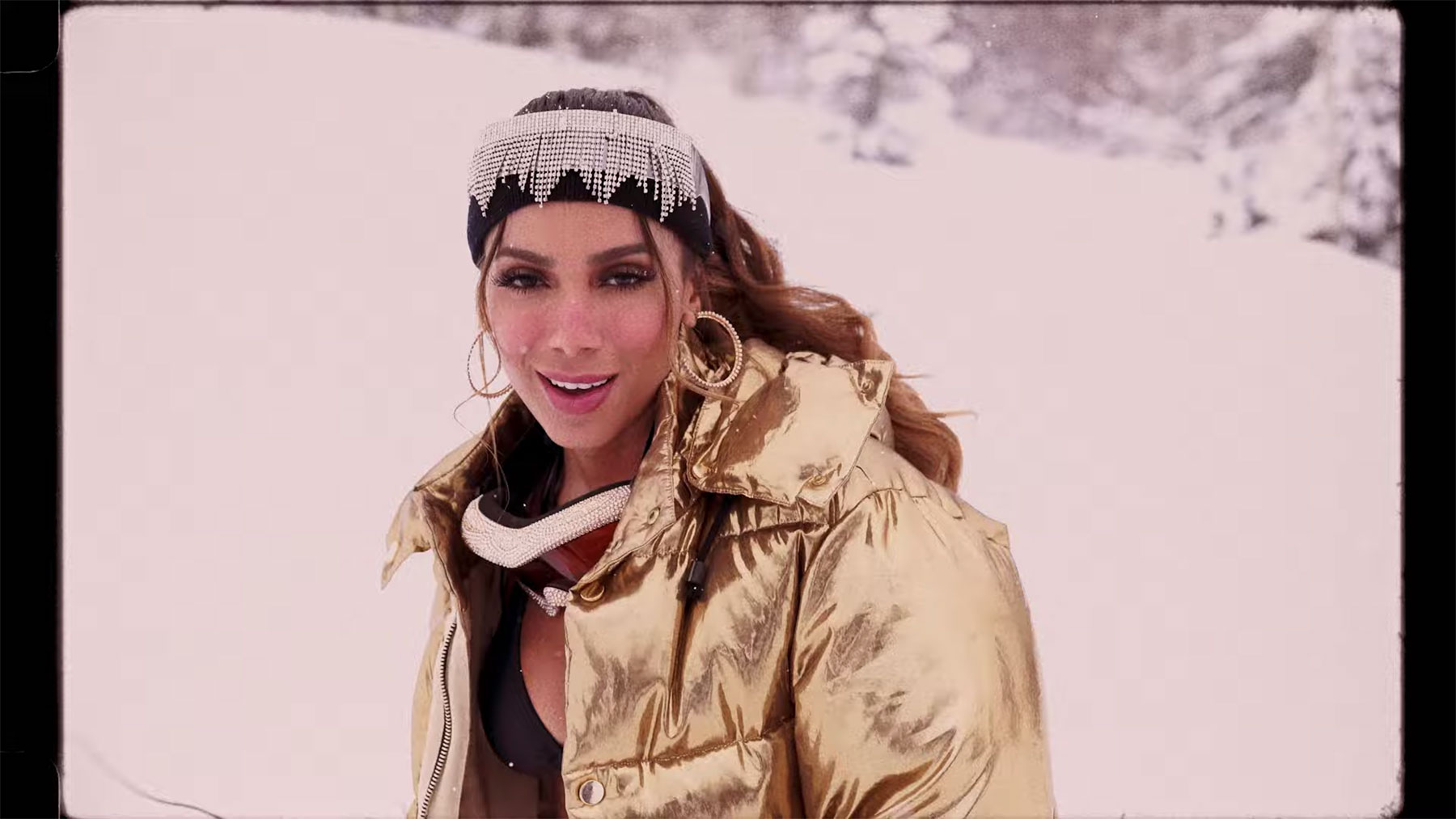 Anitta brings the tropics to the slopes in the new video for “Loco.”

Shot in Aspen, Colorado, the clip features the Brazilian pop star skiing in a bikini, donning several outfits that include a purple fur coat and gold puffer jacket. She drinks champagne with her friends, twerks in the snowy wilderness, and tears through the hypnotic reggaeton track.

Aniita spontaneously decided to shoot the video in Aspen when she was skiing and listening to the song, excited about how well the track sounded during her ride. She only had one day to shoot it. “I had no bikinis,” she said with a laugh during YouTube’s Released. “So I called my friend — she was in L.A. I was like, ‘Can you come to Aspen tomorrow and bring me some bikinis and stuff?’”

Last fall, Anitta teamed up with Cardi B and Myke Towers for “Me Gusta.” The track was recently nominated for Female Artist of the Year (Urban) and Crossover Song of the Year at the 2021 Premio Lo Nuestro Awards, taking place in Miami next month.

Anitta was signed to Warner Records last summer. Her debut — slated to be executive produced by Ryan Tedder — has yet to get a release date.