A swimming blogger has slammed Speedo for ‘s**ist’ marketing on its website, saying she ‘despairs’ at the brand’s outdated messaging.

Sally Goble, who pens regularly writes about swimming on her Postcards from the Pool blog, called the swimwear brand’s website a ‘disgrace’ in a series of scathing posts on social media.

The engineering manager posted photos from Speedo’s UK website showing men being encouraged to rediscover their ‘race pace’ alongside a photo of a female swimmer with the captions ‘new season, new style’ and ‘compliment your shape’.

Scroll down for video 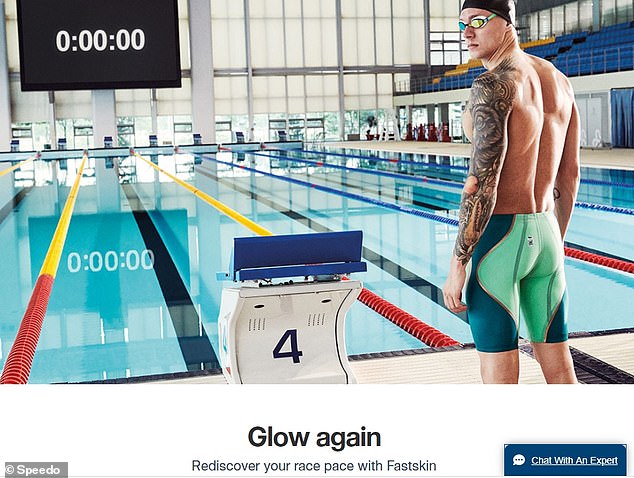 Swimming fan Sally Goble called the Speedo website a disgrace on Twitter, saying the way the site marketed differently to men and women was s**ist 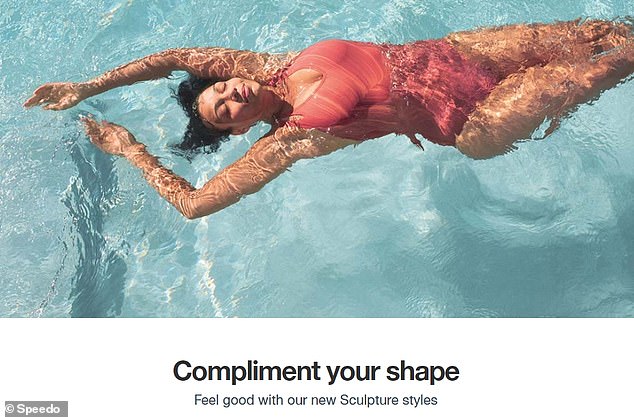 While men were encouraged to rediscover their ‘race pace’, women were seen in more relaxing poses, and offered swimwear to ‘compliment your shape’

A spokesperson for Speedo said it ‘strongly refuted’ claims of s**ism.

Adressing the swimwear goliath, Goble wrote: ‘I despair that this needs to be said OVER and OVER again @SpeedoUK but your s**ist website is a disgrace.

‘MEN are encouraged to “Rediscover your race pace” while WOMEN to “Compliment your shape [and] Feel good”. What actual century do you live in?’

She added that while the images of male swimmers showed them ‘standing by the blocks with goggles and hat, about (presumably) to dive in and race, whereas women are floating, inactive, (presumably) meditating rather than swimming, on top of the water, no goggles, no hat. Just F*** ***.

Others claimed they’d experienced similar s**ism in sport and exercise, with one recounting how she’d been told she could attain an ‘hourglass figure’ with certain exercises. 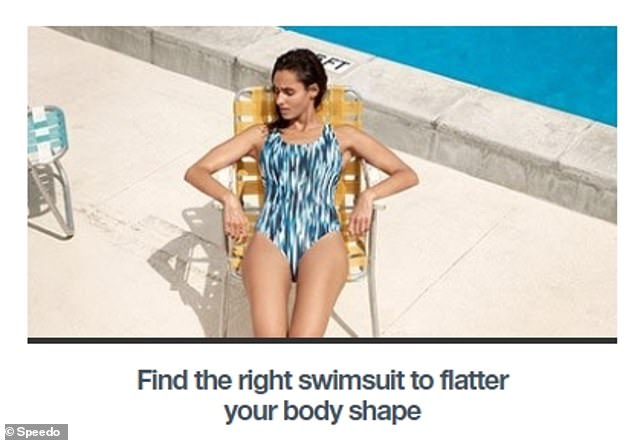 @HannahSewell2 wrote: ‘I did a workout recently on Fiit where the trainer explained that if you were a man it would give you better balance in sports and if you were a woman you’d get that hourglass shape. Haven’t repeated that one funnily enough.’

And @jocrossick suggested that s**ism was still raging in many areas of sport, saying skiwear was often marketed on how it makes women look on the slopes.

The Twitter user wrote: ‘Urgh, I have the same stuff with ski clothes and equipment. So frustrating.’

However, Speedo strongly defended its website, saying: ‘At Speedo we believe the water is for everyone. We make swimwear for a wide range of reasons, from racing competitively to swimming for fitness and wellbeing.

‘We strongly refute any claims of s**ism and our website and social media content reflects the diversity of our customers and celebrates all swimmers who enjoy the water, whatever their motivation.’