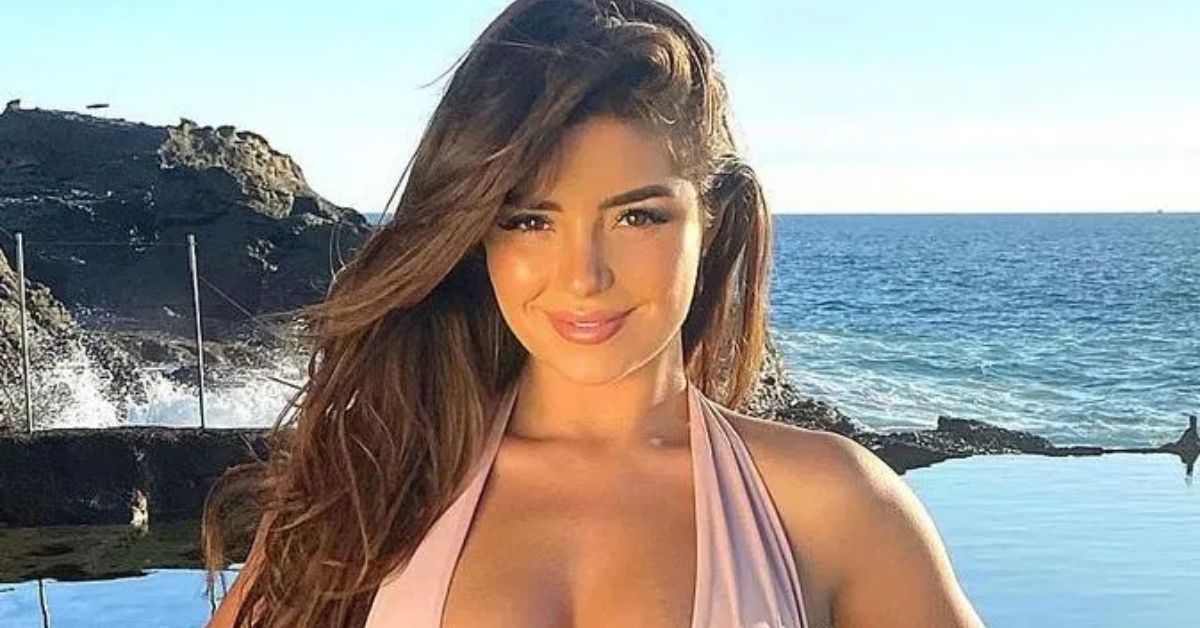 Keep scrolling for more photos. Demi, flaunting her killer hips, flat stomach, and s**y silhouette, kept her caption as tropical as her look. Geo-tagging herself at the Amilia Fushi Residences, the Birmingham, U.K. native wrote:

Fans are straight-up going nuts. They threw the brunette beauty over 160,000 likes in an hour, with Demi also told it was a “million dollar pic.”

Demi has been big-time thanking fans for hitting subscribe, in itself seeing her 10 million follower mark in 2019 jump up to 15 million in under a year. read more

END_OF_DOCUMENT_TOKEN_TO_BE_REPLACED

R&B songstress and actress Ashanti tantalized her 5.7 million Instagram followers with her latest share, a sizzling shot taken on the beach. Ashanti is currently spending some time abroad in Antigua celebrating her birthday, as her Instagram shares have demonstrated, and her latest post was also captured at Hodges Bay Antigua, as the geotag indicated.

Ashanti stood on a beach with several palm trees visible in the background, adding a burst of greenery to the frame. A breathtaking blue body of water and clear sky were also in the shot, although Ashanti’s eye-catching beach attire remained the focal point of the image. read more

END_OF_DOCUMENT_TOKEN_TO_BE_REPLACED

Star of last year’s Love Island, Molly-Mae Hague, is no stranger to people online commenting on her life (both positively and negatively) – it seems there are plenty out there with something to say, on everything from the death of her puppy to her incredible new home. Now, it seems trolls have sadly targeted Molly-Mae over a series of new photographs showing her in a bikini, enjoying a holiday in Ibiza.

Personally, we think she looks bloody amazing and are pretty confused as to why anybody would spend time deliberately attempting to bring somebody else down over the way they look… It seems that Molly-Mae herself also subscribes to that train of thought, judging by her clapback tweet which has firmly put those nasty keyboard warriors in their place. read more

END_OF_DOCUMENT_TOKEN_TO_BE_REPLACED

STYLE:High-waisted full coverage purple rain tie dye bikini bottom.Thick stay-put shaping waistband with feminine, adjustable tie back.s**y peekaboo cutout at mid-back.Tie like a bow at the back for an uber-cute appearance.Pair with the Raisins Curve Lush

END_OF_DOCUMENT_TOKEN_TO_BE_REPLACED

STYLE:High-waist full-coverage classic black bikini bottom.Thick stay-put shaping waistband with feminine, adjustable tie back.s**y peekaboo cutout at mid-back.Tie like a bow at the back for an uber-cute appearance.Classic black color for added smoothing